On the 14 & 15 May Tom Higgins represented Pennant at Warrior West in San Diego, to join our partners Capewell at The Defence Resource and Training Warrior West Expo, in the San Diego Convention Centre.

The exhibition had over 250 exhibitors from numerous industries including; aerospace, kitting, MRO, weapons and optics and expeditionary, as well as industry experts, military and the government attendees.
Tom Said “Warrior West was a huge event, with a great atmosphere and loads of fascinating technology and equipment on display. I got to drive some Unmanned Ground Robots and the Deep Trekker submersible robot.”

The VPTS made an appearance and generated significant amounts of interest with attendees’ interest in trying the trainer out. 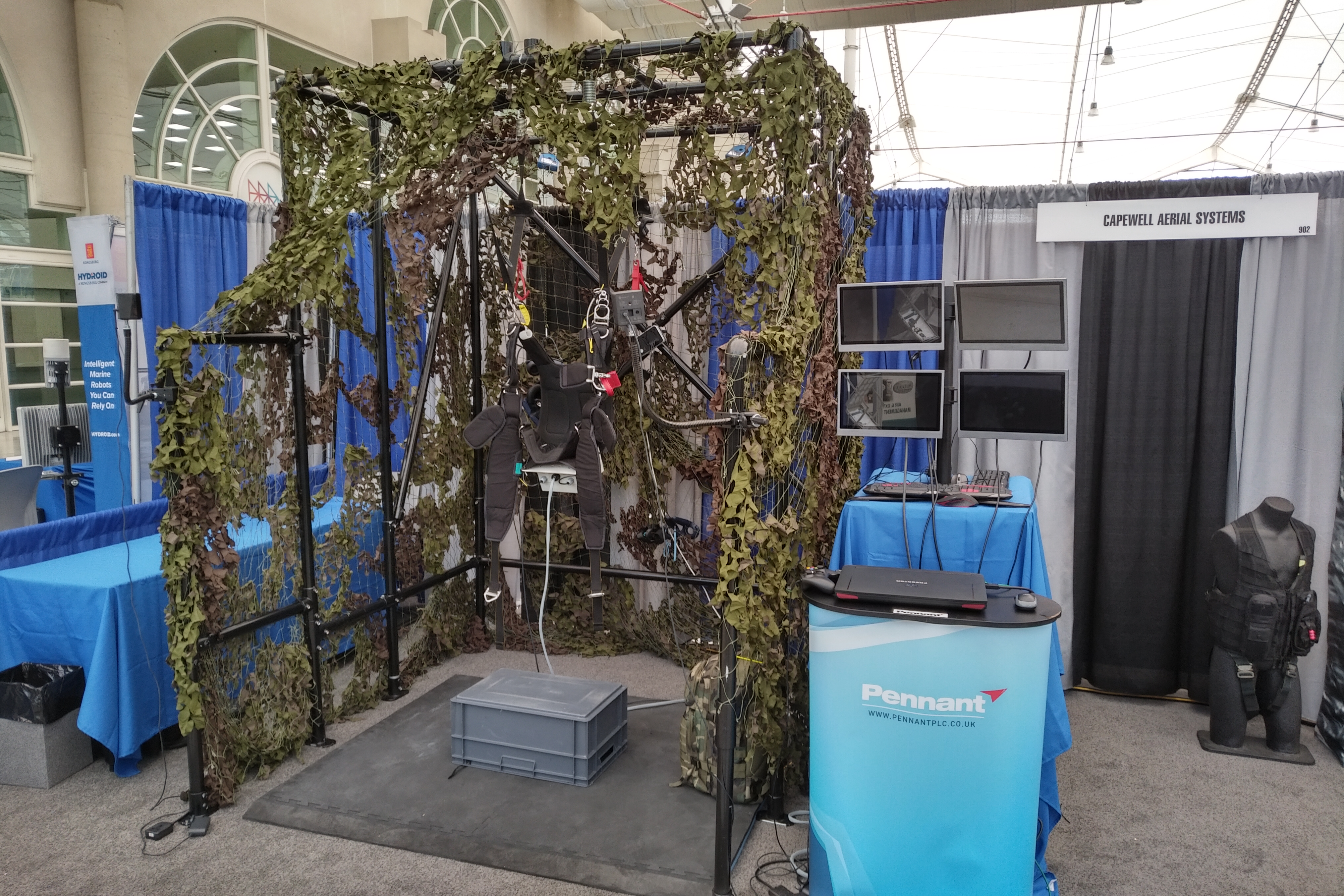 Tom commented “VPTS was very popular and at several points in the show it gathered a crowd. We managed to demonstrate many of the trainers features, such as equipment, terrains, time of day, wind, weather, and malfunctions. We also demonstrated the multiplayer functionality by allowing people to join their friends in flight using the Instructor Controlled Character (ICC).”

Don’t worry if you missed us at the Warrior West expo, as we’ll be making another appearance at the Warrior East expo in July. We look forward to seeing you there! If you have any questions in the meantime get in touch: sales@pennantplc.co.uk