Concorde celebrated its 50th Anniversary earlier this year (2019) and was one of two supersonic transporters that flew commercially. Concorde operated from 1966 until 2003, before its final flight was broadcast on TV on the 24 October 2003. The Concorde Alpha Foxtrot was the last Concorde to be built and fly ‘home’ to Filton in 2003.

During the 1970’s Pennant was involved with the creation of the Concorde training centre at BAE Filton, where it provided some of the world’s most advanced training systems that brought aspects of the flight simulator into the classroom, enabling airline flight and maintenance crews to see the systems, understand functioning (in real and stepped time) on large scale replicas of the flight deck panels and controls, including their response to all normal, abnormal and emergency conditions and procedures.

One of the trainers was Concorde’s Automatic Flight Control Systems, allowing autopilot, auto-throttle, flight director, auto stab, Mach and incidence trim to be shown, during all operational procedures, including climbing to, cruising at and descending from Mach 2, approach and automatic landings (and auto go-arounds) at Heathrow, Kennedy, Dullas or Dallas Fort Worth airports. Brian Christley (a previous Pennant employee and former chief Concorde instructor) oversaw training the crews flying the Concorde. Brian instructed the students through the simulator that he designed and created. 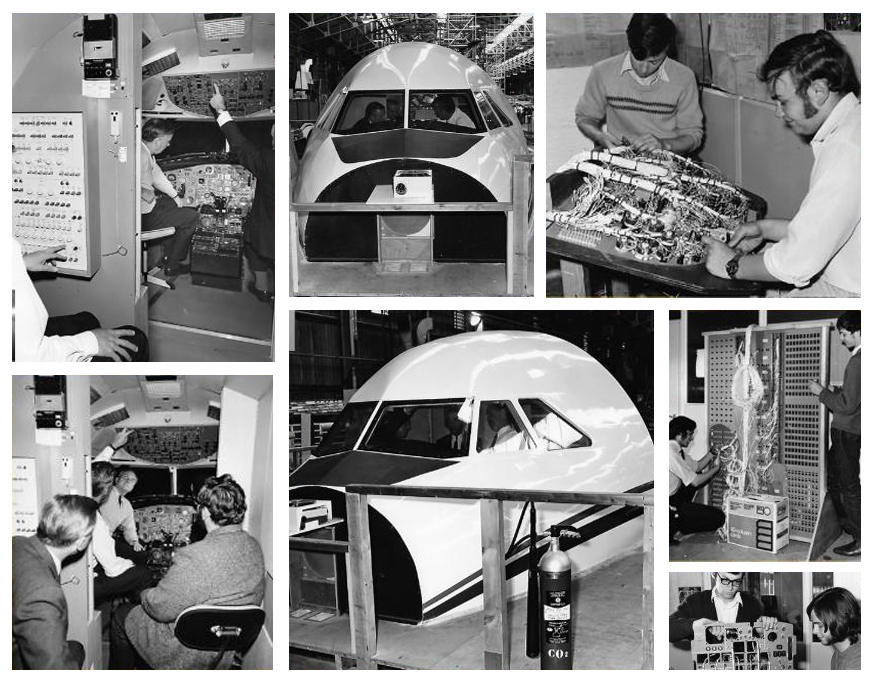 The future of Concorde flight might not be over however, as reports suggest that Boom Supersonics’ aircraft could have the capability to be the next fix to reducing flight times. We at Pennant look forward to seeing the future of air travel.